That’s the name of this hat.  I started it yesterday and finished it off in the wee hours of the morning.  I just need a little troll to try it on. :-) 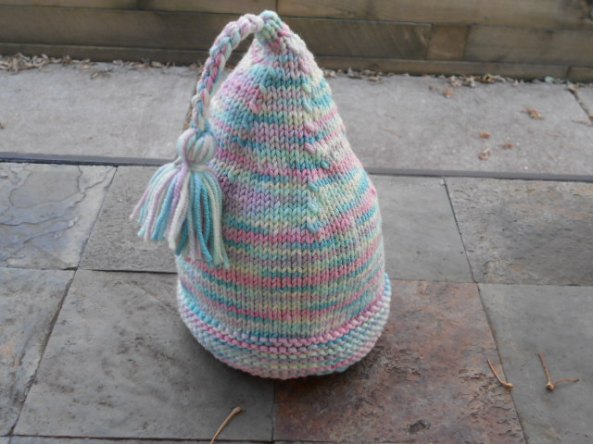 The tassel and cord were not part of the pattern but I had just enough yarn left to make the tassle and crocheted cord. 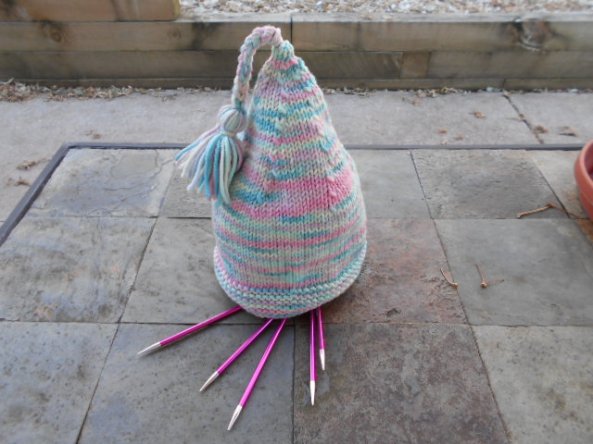 And I finally got some “hat sized” new double pointed needles.  I had just on set that sometimes worked for hats but they were bamboo and if using chunky yarns the yarn really didn’t want to slide along those needles making it painful on the hands.

These are some  new Knitters Pride Zing needles TLE just started carrying.  They are metal and have a bit of weight to them – heavier than other metal needles I have used.   I like them and may think about getting sock needles (which they were sold out of at the time) but don’t know if I’d like the sizes larger than what I have already bought (US 6-8) because they might feel too heavy.

ESK also got some fun faux fur pom poms for hats so I might have ordered a few of them as well.  I was hoping a blue one would match one of the latest hats I had finished and look – it’s perfect! 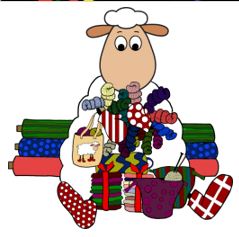