I’m getting closer …….. here’s where I will pick up stitching tonight. 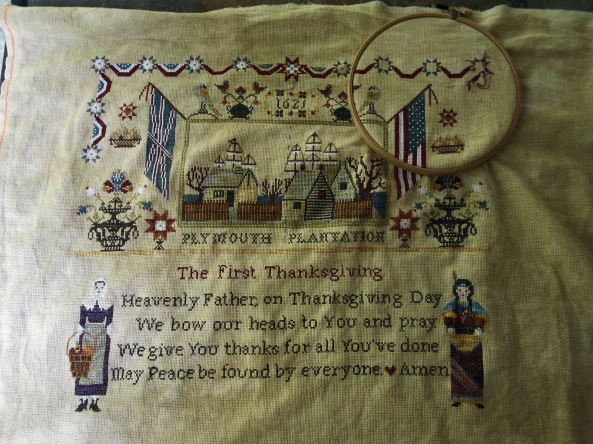 As you can tell by the hoop – I’m working on the bunting across the top and down the side.  Once that is all done (and I add in that one star in the flag I think I stitched over with blue not noticing it) then all I have to do is figure out how I want to end the bottom.   I think I will add a border line, to match the gold one below the Plymouth Plantation words, below the ladies’ feet and then figure out something to stitch in the space between that line and the bottom of the prayer.  There’s also a sort of corner border that goes above the ladies’ heads and show towards their shoulders but I’m leaving that off.   And I think there’s a motif on either side of the title of it.  If I don’t like what’s there, I’ll likely add something else in there but the end is in sight and I will be very glad to get this one done.

As for my Brenda Keyes Sampler September stitching (which may start a bit early if I actually get  First Thanksgiving done) will be…. drum roll please………… 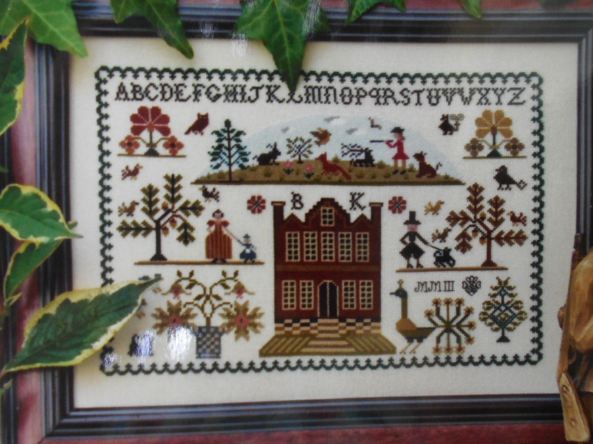 The Huntsman.  This was the first Brenda Keyes sampler chart I bought which led me down the rabbit hole of her designs.  I love the color palette she uses in many of her designs – dark rich colors.  I don’t know if every chart she has is done in DMC but the few I have are.  I love overdyed flosses but I also dislike falling in love with the look of a chart only to find that the called for overdyed floss has changed shades, tones over time so when I get one it looks nothing like the chart image.  Don’t have to worry about that with DMC.   I especially love all her trees and bushes – very unique looking.  To be honest, I’m not a fan of peacocks in samplers so that may or may not be removed.  Since I have the Brenda Keyes sampler motif book I’m sure I could find something to substitute in there but who knows, I may decide to include it.  I’m also toying with the idea of changing the house color.  Many stitchers are all about the “red house” in their samplers – I like them but I like other colors too and as I want to do the Red House Sampler as well, maybe this one will end up a different color.   But those decisions will wait for another day after I go digging in the stash to figure out fabric and the DMC I ordered arrives later this week.

In the meantime, I think I’m going to take my shower early so I get a long night of stitching in without interruption and hopefully get that bunting and stars finished off.  I may never stitch bunting again – I did previously have it almost all finished before realizing that many things weren’t centered so I ripped most of the bunting out in order to adjust all those things and left it to do now near the end because I couldn’t face restitching it right after I had ripped it all out.  I also changed up the center star in the top from what was charted.  Enough rambling – things to stitch! 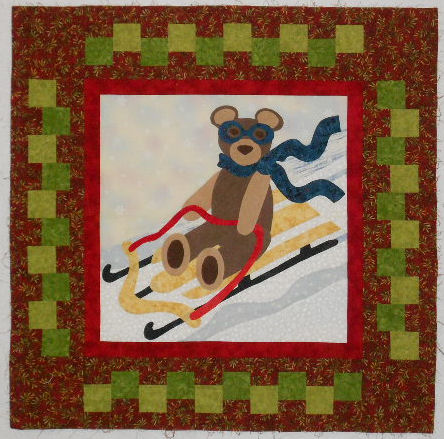 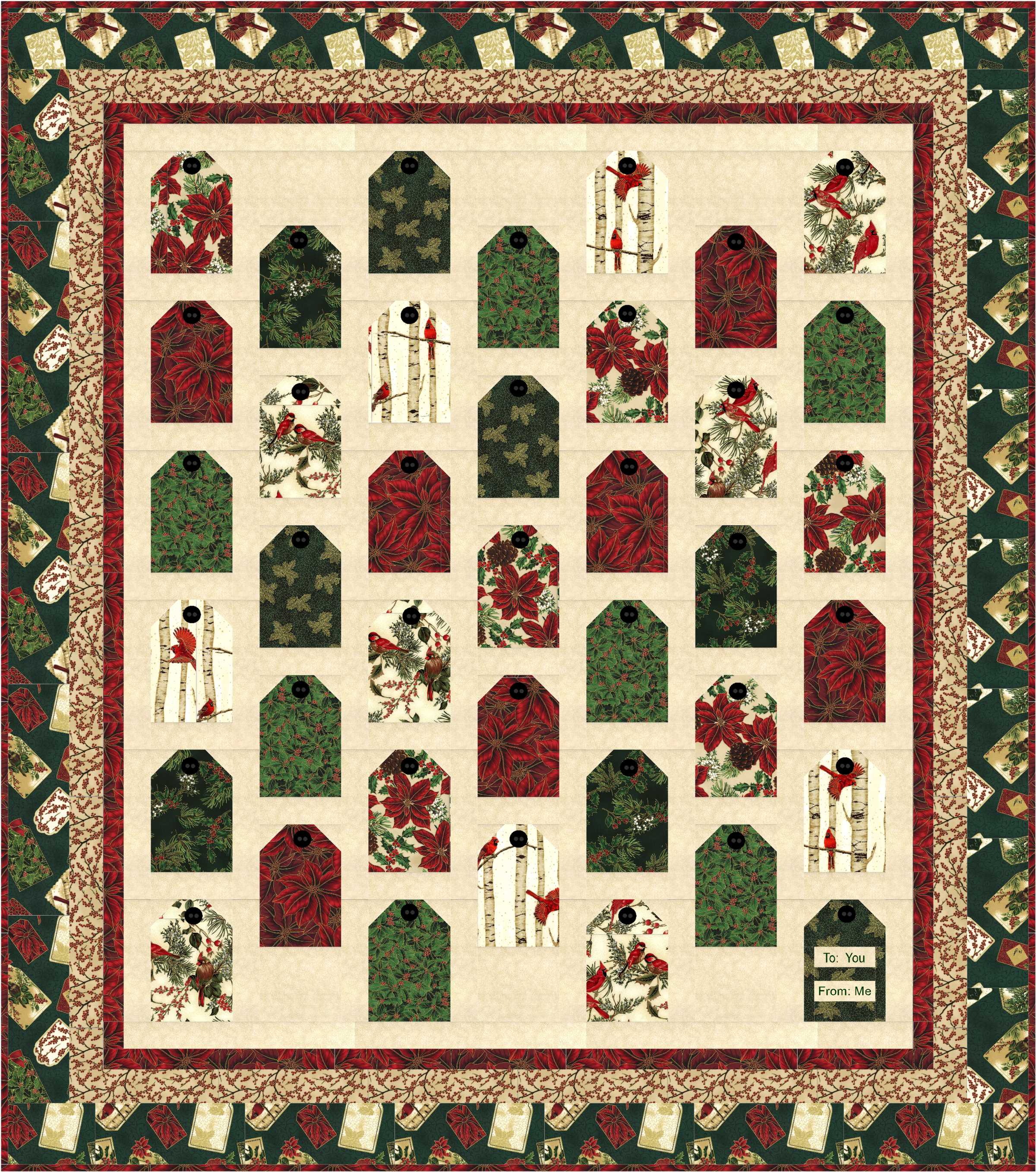